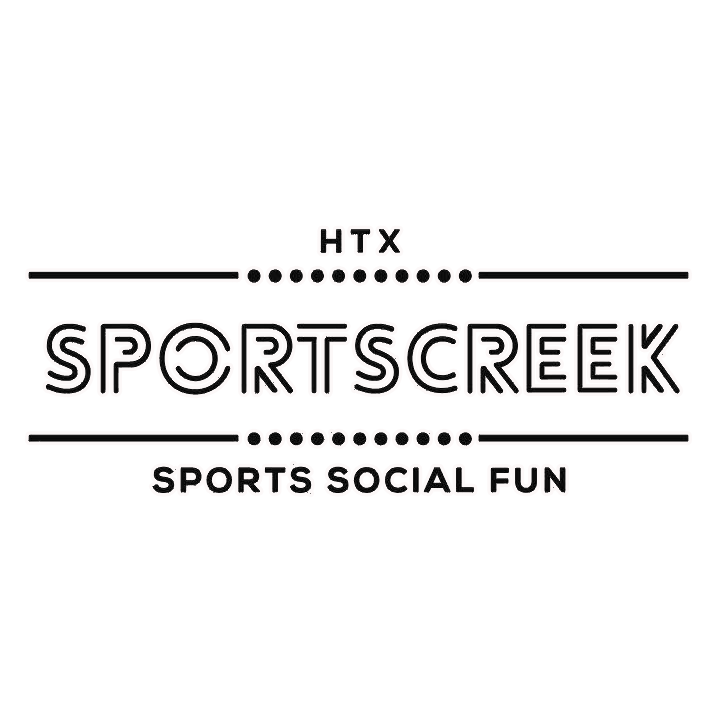 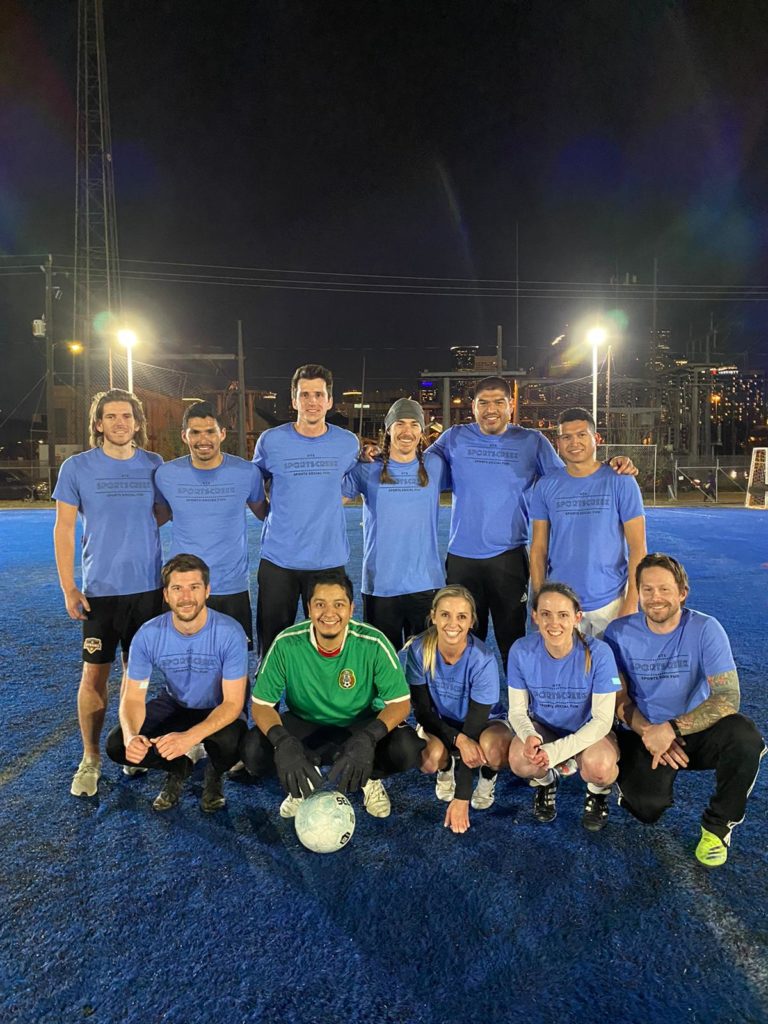 – 30 mins halves, 5 min half time
– No more than 7 males on the field (including Keeper)
– Min 6 players (at least 1 female) on the field to start the game.
– Each team must provide a game ball (Size 5); Ball rentals available for $5, there is no ball boy/girl during games. Subs on the sideline are encouraged to help fetch balls.
– Forfeit after 15 mins if team is unable to field a team. At 10 min mark, waiting team is awarded a penalty kick.
– Yellow card results in 2 minute “cooling off” period – team may sub player
– Red card results in immediate dismissal – team must play short
– Red card for dangerous play / physical altercation results in 1 game suspension
– Any action towards an opponent with intention to physically hurt the player may result in suspension for the rest of the season or further suspension from Sports Creek.
– Shin guards optional (at your own discretion)
– Female goals count for 2 (excluding penalty kicks)
– No sliding, except for Keeper in the box
– No off sides
– Teams may sub on the fly at any time. The player leaving the field must be off the field before a new player enters the field.
– Out of bounds on side lines are throw-ins
– Free Kicks are indirect, 7 yards
– Defensive player must give 3 yards for corners
– A foul in the defensive teams box, including a slide, awards a penalty kick to the opposition.
– Penalty Kicks are direct; male or female goal results in 1 point from Penalty Spot
– All own goals count for 1; If an offensive girl’s shot is deemed “on target” but takes a deflection into the goal it counts for 2.
– Goal kicks are indirect; opposing team must be 3 yards outside goalie box
– Corner Kicks are direct
– Back-Pass results in an indirect kick (deliberate pass played with the foot back to goalie excludes knee, shin, thigh, head, miskick)
– Goalies may not touch the ball with their hands by direct throw-ins
– Goalies may not touch the ball with their hands after it has been released into play
– A ball that only partially crosses the goal line is still in play and does not count as a goal
– Goalies may score on drop kicks while ball has been in play
– If the ball touches the referee or another match official and goes into the goal, or results in a change of possession or a promising attack, a dropped ball will be awarded.
– Time wasting may result in a warning or yellow card; players are encouraged to keep the pace of the game as intended